About Eu River or Ocean Cruises
The secret about river cruising was out, even before the pandemic.
Like all cruise travel, it's the ‘easy button’ way to ‘sample’ multiple destinations and get an overview of a region. You unpack once, really settling in to your ship environment like a home away from home in a floating boutique hotel that winds its way through marquee cities as well as scenic countryside you might not see if you travel any other way.
The enchantment of river cruising is enhanced by its authenticity. Historically, rivers were the best – sometimes only! – way to travel between communities. Most European cities started and were built from the river. In many ways, river cruising is one of the most authentic ways to experience its diverse regions.
That hasn’t changed, and as we return to travel, river cruising makes even more sense to dip our toes back into the water.
River cruise ships are small enough to navigate the rivers and canals and locks of Europe. In post-pandemic times, smaller ships also translate to fewer fellow guests. Smaller, off-the-beaten track ports along the river mean less crowded destinations. And staying in a small, river cruise ‘bubble’ helps keep everyone safe.
We’ve been missing travel for so long, many people want to extend their journeys with back-to-back river cruises.
For travellers wanting to minimize how many jurisdictions and sets of COVID rules they encounter – France is the obvious choice. 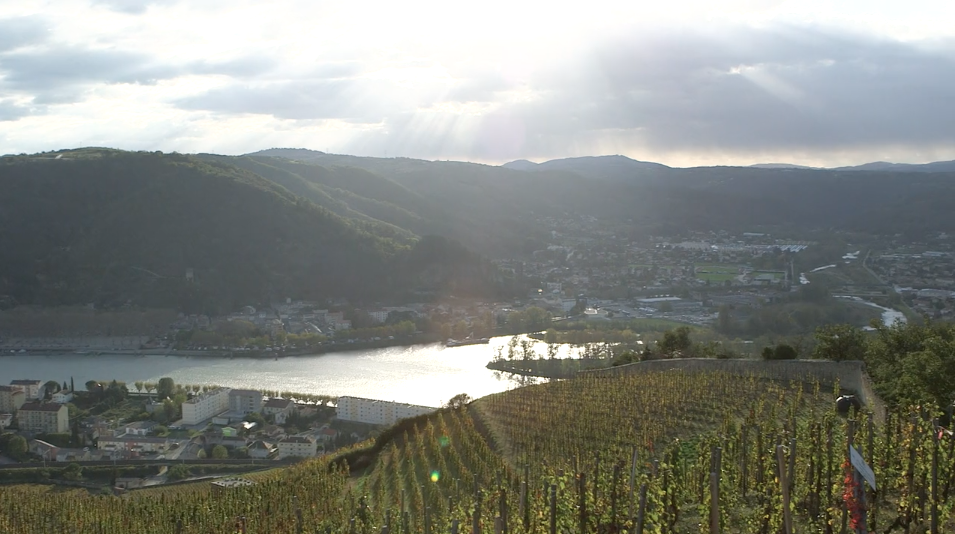 Vineyards on Rhone riverbanks; BestTrip TV
It’s the only country in Europe with more than one, single-country river cruise. And it’s France! Joie de vivre, savoir vivre, wine and cuisine and the French way of life make cruising on any of these three rivers enchanting.
Here are the highlights of France’s three cruising rivers. Sailing along any one of them is a dream vacation. Sailing two – or even all three – back-to-back is a French ‘affair’ you’ll remember forever.

Route: Rather than traveling on one river, a cruise in this storied area of south-western France is more like traveling on spokes, where the city of Bordeaux is something of a hub to explore along the Garonne and Dordogne rivers, and Gironde estuary.
WATCH THE VIDEO ABOVE for my experience on a Bordeaux river cruise
Highlights: This is a serious wine lover's dream. Bordeaux is a city - the capital of the Aquitaine region – a river, and a wine region: the largest, one of the oldest, and most prestigious in France.
Some of the most fabled and historic vineyards and wine houses are here, including some of the most expensive bottles in the world, and it’s the origin of the world’s first grand cru. Daily visits and tastings let you immerse yourself in the history, terroirs, and flavors of Medoc, Cadillac's Sauternes, and Saint-Emilion, the first wine region to be protected by UNESCO, and more.
The city of Bordeaux has been called the 'essence of elegance', second only to Paris as the French city with the most protected architecture. Its 18th century French design is best represented by the breathtaking Place de la Bourse. Best of all, your cruise ship docks in the 'Port de la Lune', a crescent shaped part of the river in the heart of the historic city.
Bordeaux keeps its eye to the future, too, with modern architecture, vineyards and developments including the new and astonishing riverbank 'Cite du Vin' – a wildly modern, vast museum of wine, shaped like a stylized decanter, and firmly entrenching Bordeaux as the world capital of wine.

Route: Seine river cruises usually begin, and often round-trip to Paris. The river flows north from the French capital, ending at the sea in Normandy. Paris, the sea, and French countryside in between? Formidable! As the French would say.
Highlights: You had us at 'Paris'. Most itineraries include at least one pre- or post- cruise day, and in our opinion, you'll want to top it up to at least three days minimum in the City of Light.
Art Lover? The region north of Paris to Normandy is the birthplace of Impressionism. Cruises call at Giverny, Claude Monet's home, where the flower and water gardens that inspired some of his most famous works are still on view. And don't miss the second largest collection of Impressionist art in the world (after Paris' Musee d'Orsay) in Rouen.
Normandy is the largest region in France that is NOT a wine-producing region (the horror!). Instead, the signature Norman beverage is Calvados – a brandy-like spirit made from the region's famous apple crops. The dairy cattle grazing in fields throughout the countryside supply the milk for the area's most famous cheese: Camembert.
One of the biggest draws is the opportunity to visit the World War 2 Landing Beaches. American, British and Canadian sites are emotional reminders of the epic struggle to gain the first foothold in the quest to free Europe. Memorial centers bring the stories of the battles and soldiers to life, and can help trace family members who fought.

Route: The itinerary is usually a combo of the Rhone and Saone, from the Mediterranean Sea in epic Provence in the south, to France's culinary capital of Lyon, often with a pre or post cruise extension in Paris via a brief high-speed train ride.
Highlights: This river cruise itinerary not only gives you the opportunity for a pre or post cruise extension in the legendary South of France, it also makes its way through some of the most legendary wine regions of a legendary wine destination.
River banks offer ideal conditions for many of Europe's famous wine regions. Take a look at a wine map of France; wine regions follow the rivers the entire length of the Rhone/Saone. Itineraries deliver you to the doorsteps of great houses of Cotes de Provence, Chateauneuf du Pape, Cotes du Rhone, Beaujolais, and other celebrated French wines. 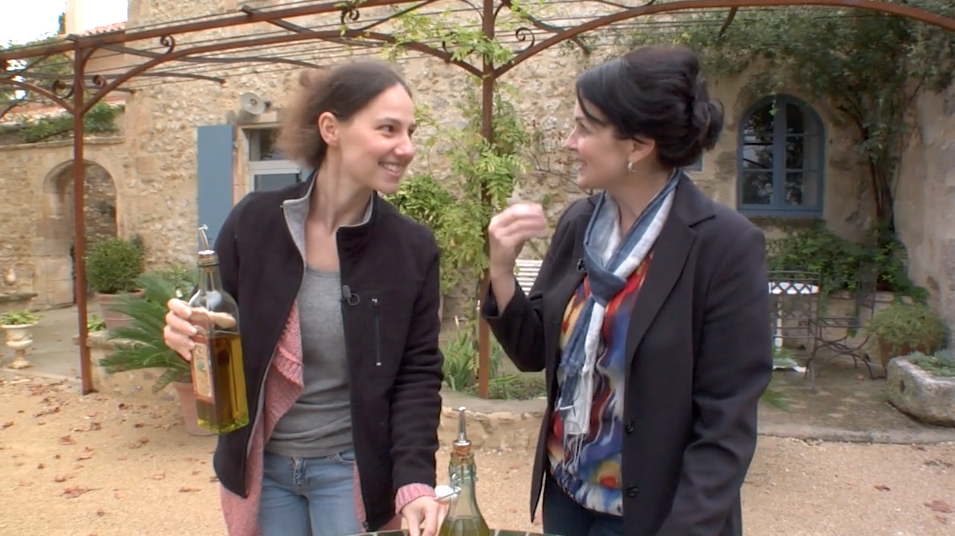 Lynn tasting olive oil on a Rhone River cruise; BestTrip TV
Along the way, some of the culinary delicacies that pair terrifically with those wines make their homes side by side with vineyards. Think: French truffles, olives and olive oil, goat cheese, and incomparable Provencal produce.
Other highlights include the breathtaking Roman amphitheatre in Arles, the bridge of the famous song in Avignon, the culinary capital of France – Lyon, that is. And oh, and did we mention the wine?

By: Lynn Elmhirst, Producer/ Host BestTrip TV
Images: BestTrip TV
Copyright BestTrip.TV/Influence Entertainment Group Inc or Rights Holder. All rights reserved. You are welcome to share this material from this page, but it may not be published, broadcast, rewritten or redistributed.

Where's the Only Restaurant in Alaska by a Michelin Starred Chef?

Drink Like the Queen with the First Official Buckingham Palace Gin

Getting 'Salty' in Anguilla